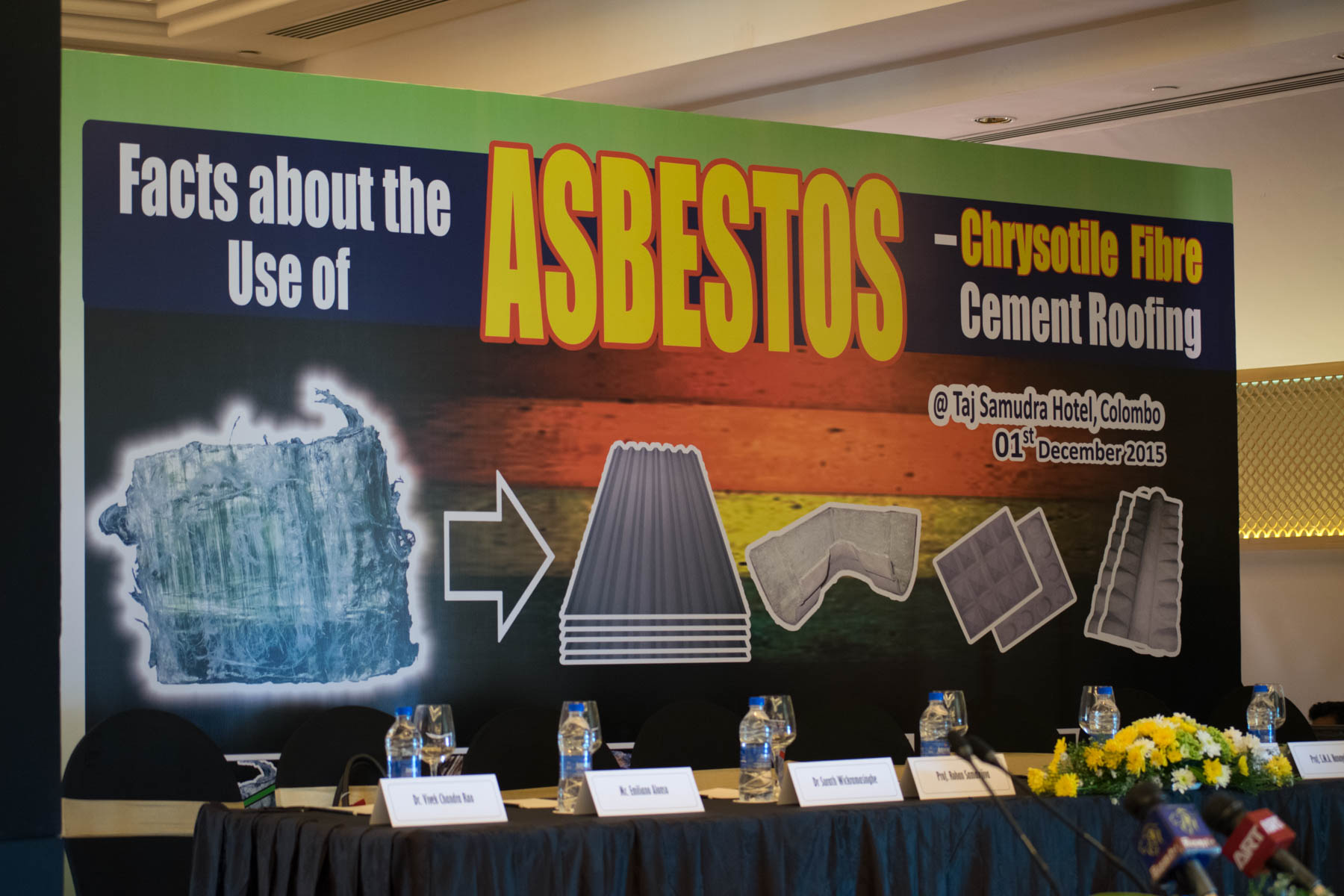 The Chamber of Construction Industry Sri Lanka (CCI) organized this Seminar titled:  “Facts about Asbestos (Chrysotile) Fibre Cement Roofing” it was timely for the simple reason that the on-going debate regarding the pros and cons of the use of Chrysotile fibre bonded with cement in roofing sheets has caused a debate among all the stakeholders, including the public.

Deshabandu Dr. Surath Wickramasinghe, President of CCI delivered an introductory speech while Prof. Rohan Samarajeewa functioned as the Moderator of the Seminar. Eng. Col. Nissanka Wijeratne, Secretary General of CCI coordinated the conduct of the Seminar.

At this Seminar eminent personalities of the caliber of Dr. David Bernstein of Switzerland delivered a thought provoking presentation on the subject of health risks of Chrysotile used in roofing and Mr. Emiliano Alfonso, International Chrysotile Association (ICA)’s Legal Advisor from Belgium spoke on the World Health Assembly (WHA)/World Health Organization (WHO) position on the use of Chrysotile.

Prof. Ravindra Fernando, Professor of Forensic Medicine & Toxicology at the Medical Faculty of University of Colombo while making his presentation made a valuable suggestion that a medical research study should be made on the health impacts among the workers in the Asbestos (Chrysotile) fibre cement roofing manufacturing factories and those living in the vicinity of these factories, who are the most vulnerable group due to the exposure to Chrysotile fibres in Sri Lanka, with a view to making appropriate policy decisions, whether to ban or not to ban the usage of Asbestos.  Prof. Ravindra Fernando proposed that the Asbestos industry, if it makes available the required resources for this study, a report could be submitted within a period of one year.  This report will be very useful to the Authorities to take a final decision on whether Asbestos should be banned or the use of Chrysotile cement roofing to be allowed in a regulated manner in Sri Lanka, as in India.

The Seminar was also addressed by Prof. S.M. Nanayakkara, Professor of Civil Engineering at the University of Moratuwa, Sri Lanka who is an expert on cement and concrete and also an acknowledged authority on the subject of developing alternative materials to Chrysotile cement roofing.  Prof. Nanayakkara, during his presentation, dealt with various alternatives to Asbestos roofing sheets and their cost effectiveness in the construction industry.  Prof. Nanayakkara supported the proposal made by Prof. Ravindra Fernando at the Seminar, to undertake a scientific study on the health impacts on the use of Chrysotile cement roofing.

There were interactive question and answer sessions after every presentation which made the seminar very lively and gave the audience the opportunity to participate, clear their doubts on the use of Chrysotile cement roofing.

Prof. Rohan Samarajeewa summed up the proceedings of the seminar while he himself asking some pertinent questions on the Asbestos and Chrysotile fiber for the benefit of the audience.  Finally, Eng. Nissanka N. Wijeratne, Secretary-General of CCI proposed a vote of thanks to the resource persons, participants, moderator and his staff and others who helped organizing this seminar in many fold ways.

National Water Supply and Drainage Board